The Royal Ulster Academy has lost one of its most celebrated and cherished Academicians in the death of Basil Blackshaw.
The Academy’s sympathy goes to Helen Falloon, an Honorary Member of the RUA, who gave so much of her time to the Academy, to art in Northern Ireland and to Basil; to Anya Waterman, Basil’s daughter, who is also an accomplished painter; to Sarah Falloon, who has been such a support to her mother, Helen and to Basil, throughout the last number of years.
The Academy has not only lost a great painter but a close friend and supporter and I join with all our members in extending our deepest sympathy to his family and friends. His work will remain as testament to his long life as a practicing artist. The Royal Ulster Academy wishes to acknowledge the exhibition of his work in the Annual Exhibition which, in 2015, was the only sculpture ‘Horse’ he ever made and for which he was awarded the Mullan Gallery Prize. His like will never be seen again.
Denise Ferran
President, Royal Ulster Academy 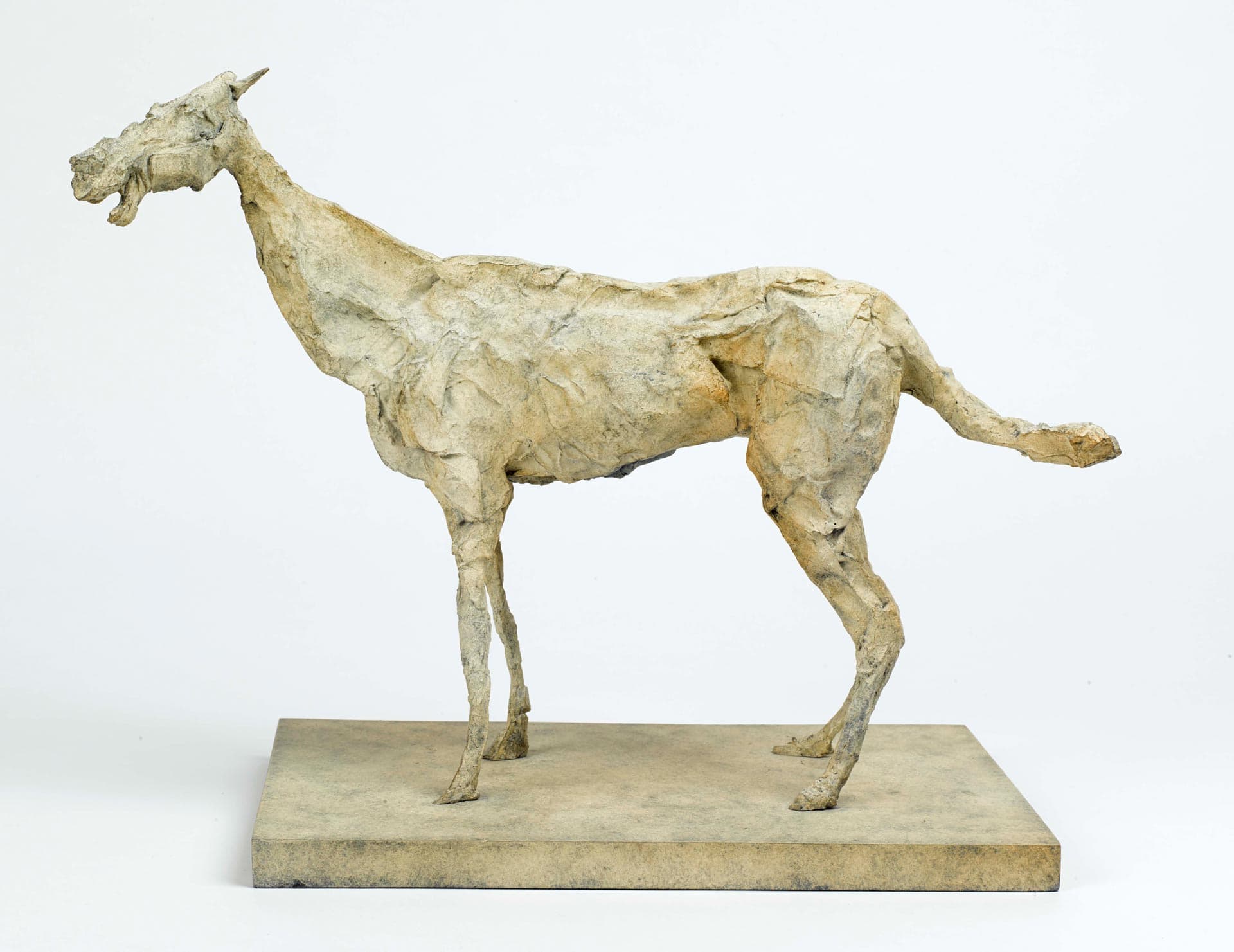